The Algarve and the practice of Golf 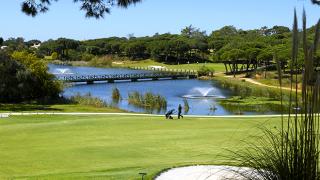 Considered several times the best golf destination in the world by magazines of the sport and international associations of specialized tour operators, the Algarve lives up to this distinction, maintaining quality throughout the competition.

With a privileged climate that allows playing throughout the year and a great diversity of courses, almost four dozen, the region is a golfer's paradise. Most courses are located in preserved areas, with stunning views. They are internationally recognized for the quality of their facilities, in which the architecture is signed by prestigious players and legendary champions, such as Sir Henry Cotton, Rocky Roquemore, Arnold Palmer and Ronald Frea. In addition to all this, we have excellent professionals, a diversified hotel network and good accessibility, ranging from direct air connections to various destinations in the world to the ease of transfers between Faro international airport and the various resorts. 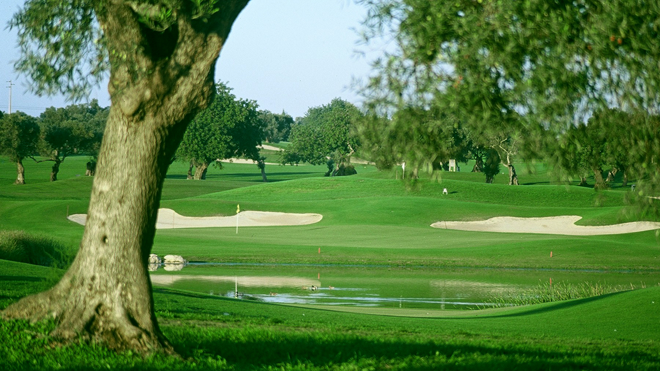 The fields are distributed from one end of the region to the other. By the sea or inland, flat or mountainous, the choice is diverse, but anyone can present us with several birdies and eagles, and who knows with a hole in one. Between Lagos, Sagres and the Serra de Monchique there are circuits with varying degrees of difficulty, in which the greens and fairways are framed by beautiful natural surroundings. It is in this area, close to Portimão, that the first course opened in the Algarve is located, the Penina Hotel & Golf Resort awarded several times as one of the best in Europe. 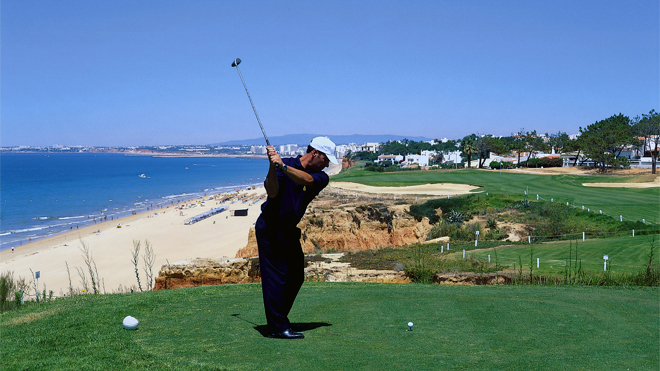 The most central area, between Vilamoura, Quinta do Lago and Vale do Lobo, is one of the most luxurious in the Algarve and also one of the best equipped for golfing. These courses combine links and fairways with cliffs, lakes and bunkers, providing top class holes. This is the case of the 16th hole of the Royal Golf Course in Vale do Lobo, the most photographed in Europe: a demanding Par 3 in which three spectacular cliffs over the sea stand between the tee and the green. Or the 6th hole of the Pine Cliffs on the edge of a ravine demanding a shot over the beach. 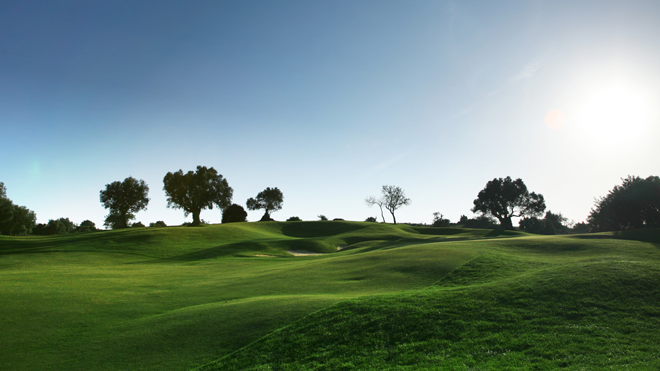 In Sotavento the fields are flatter, but their imaginative layouts are challenges that require the use of different clubs. Many are seasoned with the region's original species, such as fig, olive, carob and cork trees, so a round of golf is synonymous with a walk in nature. Furthermore, the panoramic views over the Guadiana River, the Atlantic, the mountains and the Ria Formosa Natural Park are so beautiful that they can even break the golfer's concentration, hampering their starting shots.

True tests to the technical skills of the most skilled players who have to test their strategies, many of these courses are the stage for important international tournaments such as the Algarve World Cup or the Nations Cup or the Portugal Masters which is part of the PGA European Tour and has been played at the Victoria Golf Course in Vilamoura since 2007. 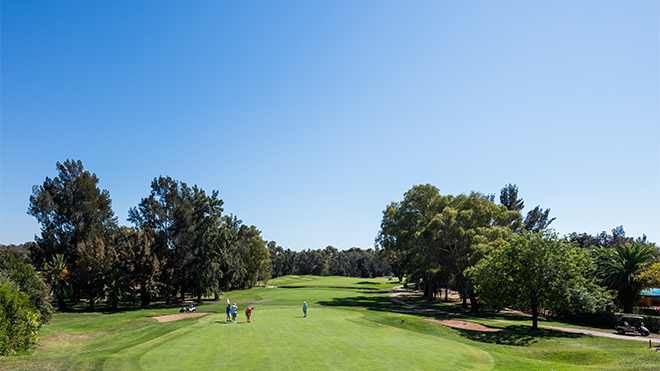 But the Algarve is also for beginners. Throughout the region there is a wide range of Golf Academies with an international reputation where you can take your first steps or improve your playing techniques. Equipped with sophisticated equipment, they apply innovative teaching methods and are supported by professionals certified by the Professional Golfers Association (PGA), who speak several languages. Most courses offer training programs, and for those who want to practice their short game on their own, there are practice areas and several pitch and put golf courses throughout the region. A wide choice for golfers of all skill levels!